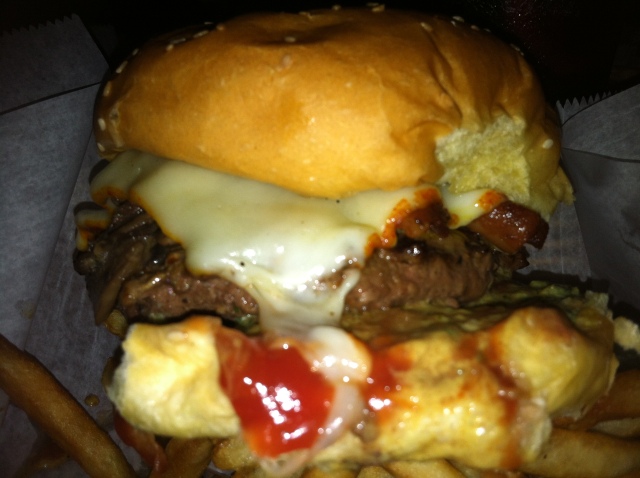 MADISON, Wis. – Even though it stands very little chance of happening, I support the idea of a college football playoff with semifinal games at campus sites because of one glorious possibility. If schools host the games, then there is a chance that some SEC power (Alabama, Georgia, Auburn, you name it) will have to play at Wisconsin.

Southerners and Wisconsin residents need to meet in a football-themed environment, because they would get along famously. The raw materials of their good times differ because their natural resources differ, but their priorities do not. They want to be full and buzzed, and then they want to watch large people on the line of scrimmage slam into one another.

In Wisconsin, they make the following things with love:

In the South, they make the following things with love:

Just imagine the pot-luck supper the RV dwellers could have the night before a clash between the Bagders and Bulldogs, Tigers or Crimson Tide. It might kill everyone in attendance, but they would die happy.

Before the Southerners share their cuisine with the denizens of America’s Dairy Land, they could sample some of the local flavor at Dotty Dumpling’s Dowry. Dotty’s actually started in 1968 as a gift shop in Des Moines, Iowa, but the focus eventually shifted to burgers. Founder Jeff Stanley moved to Madison in 1972, and he brought Dotty’s burgers with him. The place has moved several times, and Stanley thought he’d found a permanent home when he moved to a location on Fairchild Street in 1990. In 2000, the city had other ideas. It used eminent domain to take Dotty’s location for the Overture Center project. Stanley fought longer than his neighbors, earning even more respect in a town with a rebellious streak, but he eventually had to move the place to its current location on Frances Street.

Like any self-respecting Madison establishment, the beer selection at Dotty’s is thorough and local. Like any self-respecting Madison establishment, the fried cheese curds are excellent. It’s amazing cheese curds haven’t caught on in the rest of the country, considering they’re part of the inspiration for the horrible, fresh-from-the-freezer fried mozzarella sticks available at every casual dining restaurant in the country. A good fried curd is warm inside and out. The cheese inside leans more toward solid than liquid, but remains soft enough to offer a blast of flavor on the first bite. “It’s got to have that squish,” 322-pound Wisconsin offensive guard Ryan Groy told me.

Still, the burgers are the stars at Dotty’s – and with good reason. They are served “medium-pink” unless otherwise specified. Do not specify otherwise. The burgers explode with juice, which immediately gets soaked up by the melted cheese to create a meaty, cheesy, juicy ball of cholesterol rivaled in decadence only by the fried cheese curds or possibly the golden triangles of fried macaroni and cheese.

I ignored the Rolls Royce (Irish cheddar cheese smothered with Belgian ale cream sauce and bacon) and the Gladiator (muenster, bacon, red onion and a black peppercorn mustard-mayo mix) and built my own burger. Mine included cheddar and muenster with mushrooms, bacon and Heart Throb sauce (cream cheese mixed with jalapeno, cilantro and garlic).

My heart did indeed throb. My stomach did not complain.

Pre-meal workout: Six-mile run around the University of Wisconsin campus.

Eating anything that doesn't eat me first.
View all posts by Andy Staples →
This entry was posted in Bacon, Burgers, Fried Goodness and tagged Burgers, Madison, WI restaurants. Bookmark the permalink.

7 Responses to An ample Dowry